Okay you ugly mugs- you’re the worst of the worst! The slime on the bottom of the Empire’s boots!The stink that won’t leave when a Krytak leaves the room! Whatever you’ve done, whoever you’ve killed, whatever life you lived— IT’S OVER! You’re Legionnaires now- and worse— you’re Alien Legionnaires. The Empire’s got no use for you, so they will throw you into every cesspool and meatgrinder in the known galaxies, and you’ll either make the Empire proud or DIE TRYING! And make no mistake, you sorry lot of losers WILL DIE! You’re Omega Squadron— the bottom of the barrel, the end of the line. They call you the ‘bag-boys’ and you earn that name one way or the other: the number of enemy you take down or your eventual last sleep. Either way, you’re in this to serve! Now get off your sorry duffs and make the Empire proud!

This is a Hero System: Champions campaign being run in the Roll20.net virtual tabletop. Application is through that system— my screenname there is the same (Havster) if you want to send me a PM about joining the game.

You are a member of ALIEN LEGION, the worst of the worst, strangest of the strangest, most ruthless and most expendable arm of the Imperial Navy. (Think Stormtroopers, and what they do with the freaks— put them in one squad and send them into the arms of death as often as possible…) Some of you chose to join and— because of your non-humanoid physiology, were assigned to the Legion. Some of you chose the Legion specifically— it asks no questions and allows members to reinvent themselves upon entering, effectively shielding them from any previous life, much like the French Foreign Legion. Some of you chose the Legion for its excitement and honor— they are the first into battle in most cases, and their exploits often make the holonets. Some of you had little choice— the Legion or a death sentence: either on a penal planet or outright execution. Whatever the reason, you are all now Legionnaires, the lowest of low, the scum on the Empire’s boots, the most worthless examples of soldiers in the galaxy, and the best there is at what you do. Worse (or better?) than that, you all specifically are the core of the Omega Squad of the Alien Legion— the “end” squad, the “death” squad, but most often called the ‘bag’ squad—as the only way most ever leave that squad is in a body bag…
** 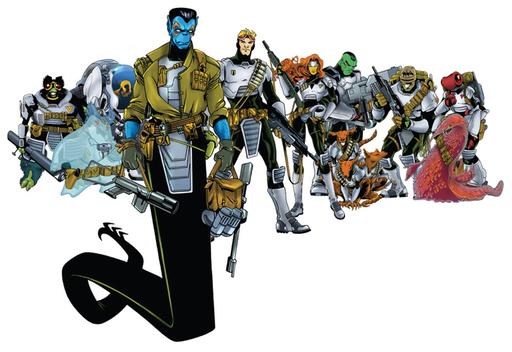 I'm sorry, but we no longer support this web browser. Please upgrade your browser or install Chrome or Firefox to enjoy the full functionality of this site.